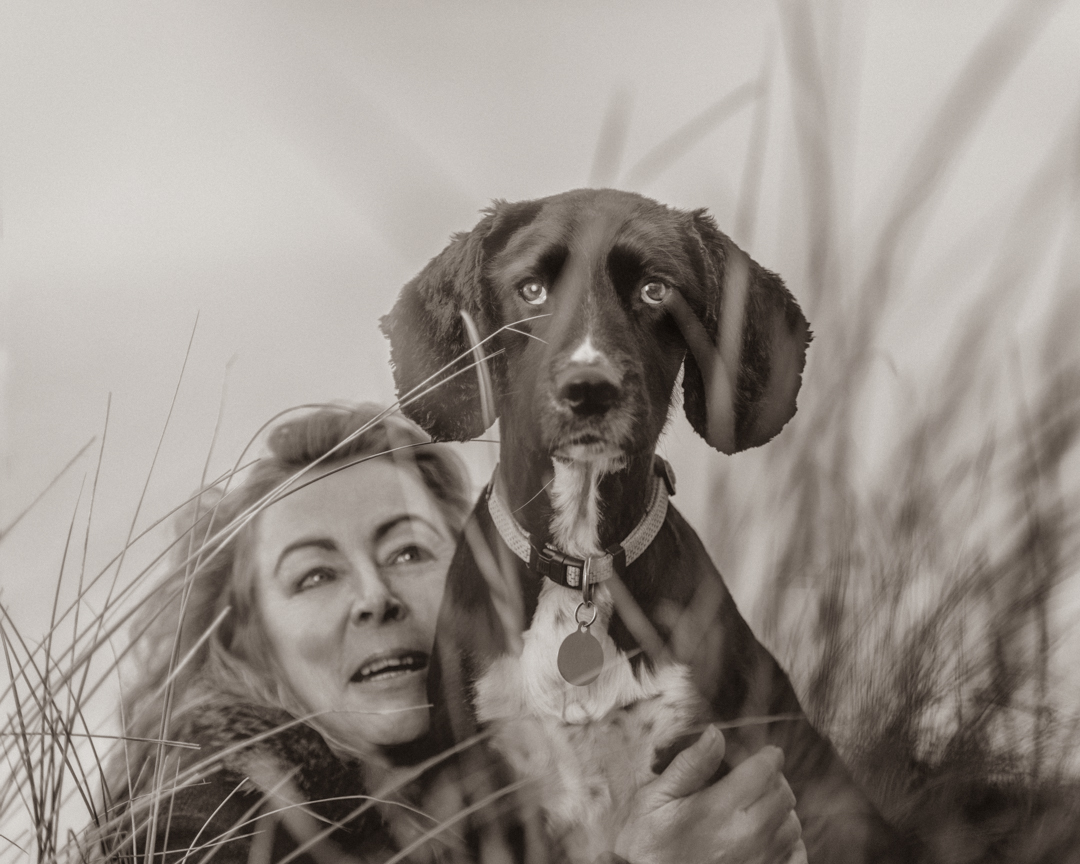 I recently commissioned Tony from Boutique Pet Photography to take some pics of me and Evie. It was good fun and we got some great pics, but not without a certain amount of craziness. I decided I wanted to try to get some pics that were a bit different so was after some different perspectives / angles.

While this pic was being taken, I was rolling backwards down the dune with Evie squashing into me for a mummy cuddle!

Tony did manage to capture a couple of amazing images though, Evie looks beautiful in these.

Tony had asked me to look straight ahead. The only way I could do it without laughing was to stare madly, resulting in this dark image. My parents think this looks like a photo they used to take in the old days where they would take the photo of a deceased person with their family. It is a bit ‘Adams Family’ I love it!

Next I thought it would be a great idea to jump off the dunes down into the sand. In my head, I would be floating off the dune like a fairy, landing light footed on the soft sand below. The reality? I hardly left the ground and landed with a bang – the tremors were recorded in Truro! Evie had run off in the opposite direction in any case, so no pics of that!

Next I had the great idea of me and Evie lying in the sand with a pic being taken from above …….

As Tony was packing up his kit and we were thinking of heading off home, Evie jumped up on me for a treat, it just goes to show that sometimes it’s the things we don’t stage that happen by accident that sometimes result in the most natural outcome. We had great fun. And I have some great images of me and my girl x thank again Tony 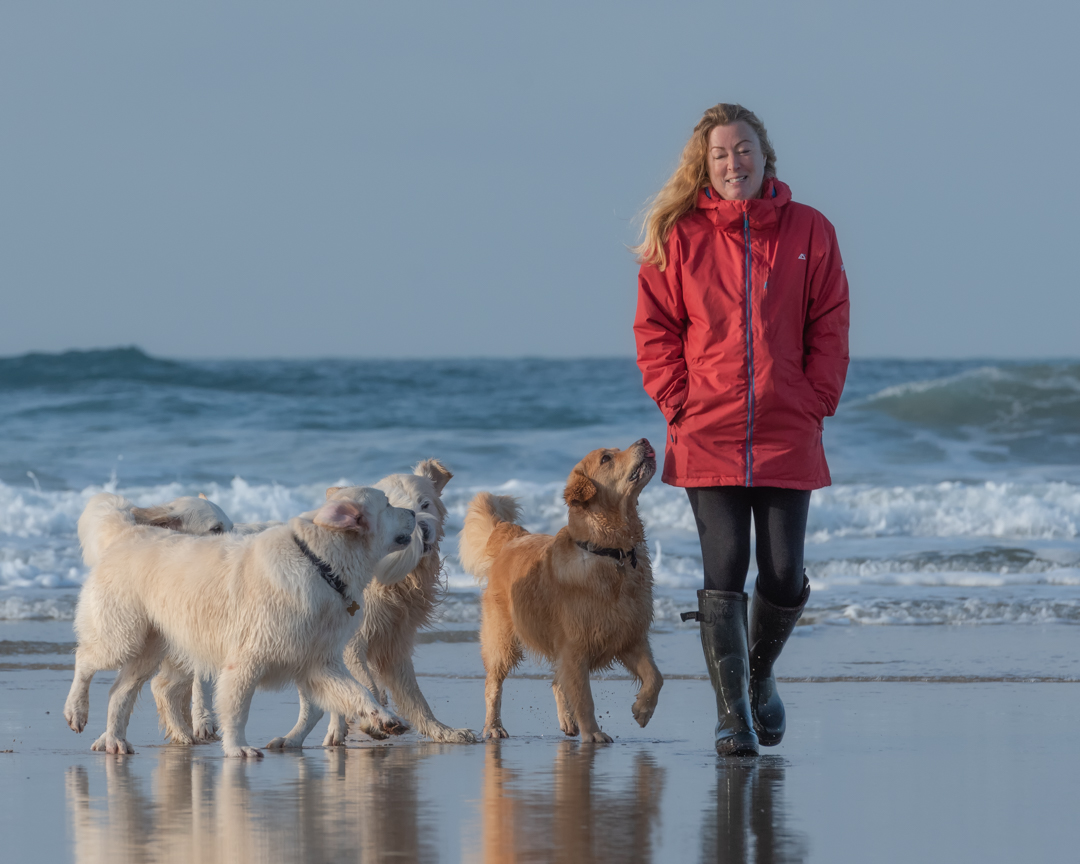 Here at Piran Pets we have many different adventures on offer to suit all sizes of pooch. If you have any questions, please do not hesitate to get in touch

Nicky looked after my beautiful retriever Bella for three weeks whilst I reluctantly went off on holiday without her. I knew Bella would be in good hands and Nicky looked after me well by sending me regular photo updates so I could follow Bella’s adventure romps and beach runs, every photo showing a chirpy doggy grin. Bella is now having a good rest after three weeks of thrilling activity and is looking very content with her memories

Poppy is always eager to go out with Nicky and comes back happy. Nicky has a good rapport with all the dogs she looks after and it’s lovely to see her out with the dogs in her care. It is good to have peace of mind knowing my dog is in good hands.

Our dog gets 2 to 4 walks with Nicky at Piran Pets a week.  He leaps up at the sight of Nicky arriving and has a long happy snooze on his return. The walks are varied in terms of where and with what other dogs.  It’s great to have somebody we trust to give him the big walks he loves and needs since we have less time because of our new twin babies.

Nicky has looked after and walked my dog for just over 4 years and has also taken care of her whilst we’ve been away.  She gets to know your dog and gives them really good stimulating fun walks.  My girl absolutely loves her and all her four legged friends. I love the photos and videos of her enjoying her time while we work.

We always use Piran Pets.  We know that our dog will be well looked after and receive plenty of exercise and social activity whether boarding or in day care.

Nicky has been taking my three little dogs on the Little Dog Adventure Treks (Tuesday and Thursday afternoons) for several years.  They hae a lovely romp suitable to the shortness of their legs! They love Nicky and she looks after them as if they were her own, even carrying the oldest when he looks a bit tired. Can’t recommend nicky and Piran Pets enough. Thank you Nicky x

Ralph adores his walks with Nicky and all his mates  Nicky is caring and thoughtful and will always accommodate Ralph at the drop of a hat with our ever changing work commitments.  I cannot recommend Piran Pets Adventure Treks more highly, 11 out of 10

I know Jake enjoys his walks with Nicky and I feel confident in her care of him and his doggy friends.  Keep up the good work!

Nicky is fantastic with the dogs. Tilly is always so excited to see her and this means I know she is so happy to go on her walks especially in a pack giving me peace of mind. Nicky is always professional and I especially appreciate her flexibility, often responding to a last minute text for an extra walk when life changes direction and the unplanned occurs. Nicky is a very friendly person with a great sense of humour. We love going on her website and seeing the photos / videos of the day.